During the unexpected thunderstorm which blanketed the city last night a huge airship of obviously antique and arcane design appeared over 7th Avenue.

Clearly in a state of serious disrepair the colossal craft was first thought to be derelict and devoid of human life, but after being boarded by city officials it was discovered the zeppelin was discovered to be fully crewed although the crew members were all in need of immediate medical attention.

Again set in the mid 1930s this is my first venture into the SteamPunk genre, though as anyone familiar with the SteamPunk aesthetic will quickly realise, this is my own darker version of this increasingly popular form of fiction.

What is SteamPunk and why have I chosen to write a new story in this genre?

Well, that’s a bit of an involved question to answer, but in literary terms it can probably be most easily described as a sub-genre within science-fiction, but rather than focusing on the often incredible visions of future technologies and the impact they would have on the worlds and cultures that use them, the SteamPunk genre starts off from an alternate point in history where technologies like steam power, clockwork, lighter than air travel and pseudo-scientific theories like aetheric matter and mesmerism are all real and never faded away with the advent of the more stringent scientific processes that lead to the harnessing of the internal combustion engine and the electric motor.

In other words its a ‘what if?’ fantasy. What would the modern world look like if steam power and the engines that used it had continued to be developed and refined in the way the petrol engine has been.

Or in my case . . . how would the world have been changed by the gradual invasion of some other-worldly creatures that besieged the planet from an aetheric in-between dimension that somehow gave them strange and dreadful abilities.

It may sound odd when I describe writing this story as a fascinating (and enjoyable) exercise, when its essentially messing with history to come up with ideas about what could’ve been, but its the details that sent my musings off in a dozen different directions . . . how would such a disruptive influence affect the wider world, if some technologies advanced beyond even the level they have reached today, then what others might not have developed? How would such new machines affect fashion, the famous personalities from the period, or for that matter the world events which are familiar parts of history. 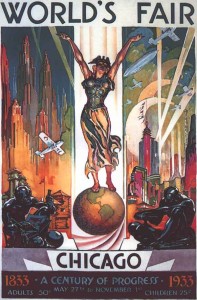 I could easily disappear down the rabbit hole and never find my way out again trying to answer some of these questions, but I’d enjoy every minute of it, and look forward to investigating these ideas further in the second Glass Darkly story which I’m intending to start writing in the Autumn.

To say that there’s a lot of material to work with in this genre and this time setting would be a huge understatement, during the writing of this first book I researched not only the Worlds Fairs which took place regularly throughout the period to celebrate the international advances made in countless fields of science, but also delved into the history of the famous Blue Riband Atlantic crossing, which saw some of the most prestigious ship builders of the age vying with one another to make the fastest Atlantic crossing. 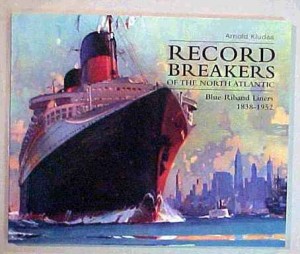 In the end, despite countless fascinating parallels I could only use a very small amount of this material in the finished story, but one day . . .